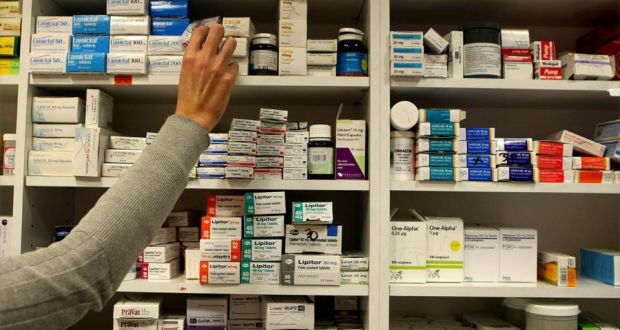 Pharmacists are to begin calling to customers’ homes across the State to review prescriptions before giving the green light for drugs to be couriered directly to them. The move is under a new scheme launched by a Dundrum, Co Dublin pharmacy.

Under the proposals being rolled out by Healthwave, customers will be able to book home visits from pharmacists, who will review prescriptions, perform necessary checks and discuss medication dosage and frequency. Medications will then be delivered the next day.

The new model will allow customers who register with Healthwave to comply with Irish legislation under which patients must present their prescription to the pharmacist in person before an initial dispensing of medication.

“We have customers coming from all over the country to avail of our unique pricing model for prescriptions and medication,” said Shane O’Sullivan, pharmacist and founder of Healthwave. “People do their research on the price of medication, and find that it still is worth travelling to Dublin to avail of the HealthPass service.”

The move is likely to cause disquiet among many in the pharmacy sector, who have expressed concern about the practice of delivering drugs to people in their homes.

However, O’Sullivan said the company has taken this new step because he feels it is “only appropriate that our Healthwave pharmacists should be available where our customers are located”.

He said the move would stop people who have signed up with the service having to travel to Dublin just to have their prescriptions looked at by pharmacists.

Mr O’Sullivan opened Healthwave in Dundrum a year ago and promised to match cross-Border prices for generic medications. Under its scheme, people availing of the savings will have to join a subscription service with an upfront fee of €25 a year.

Healthwave charges €4.95 for a 28-day supply of Atorvastatin, a generic cholesterol medication, which generally costs more than €10 in pharmacies in the Republic. Salbutamol inhalers, which commonly retail for about €10 in pharmacies, can be bought for €2.95.

Some 10,000 people signed up to the scheme in the first 12 months of operation.

As the popularity of the cheaper drugs grew, Mr O’Sullivan started couriering drugs to people who lived outside Dublin. There is nothing in Irish law to prevent such a move, although some pharmacists have expressed concern that it is another step along the road to online pharmacies, which could put manybusinesses under threat.