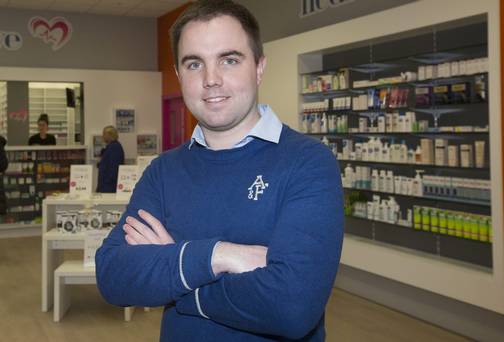 A PHARMACY is offering patients around the country free courier delivery of prescription medicine as part of its bid to win customers by offering lower-priced medicines.

Healthwave in Dundrum, Dublin, has signed up 5,000 customers since it launched in January.

However, it is now hoping to expand on that by offering free deliveries of repeat prescriptions which previously had to be collected in person.

It says its prices are up to a quarter of those offered by some of its competitors as it stocks mostly cheaper generic drugs.

Healthwave chief executive Shane O’Sullivan said that he had met with the Pharmaceutical Society of Ireland which regulates pharmacies to ensure full compliance with stringent Irish rules on prescription deliveries.

Under Irish law it is not permitted to post prescriptions to patients, but a secure courier service can be used for repeat prescriptions if the pharmacist has seen the patient the first time a medicine is dispensed.

Healthwave said it would pay the costs of delivery so customers living all over the country could use this service if they couldn’t visit the pharmacy in Dundrum to renew.

It has already signed up 2,000 customers outside Dublin, and 3,000 in the capital, for its Healthpass service which costs €25 a year to join, giving customers access to lower-priced medicines.

“We have customers in every county in Ireland and a lot have been raising this issue of how to get repeat prescriptions without coming up to the store,” said Mr O’Sullivan.

Up to four deliveries a year are included free with membership, and subsequent ones cost €5 each, but most of its customers are on six-month or three-month repeat prescriptions for long-term conditions such as high blood pressure, meaning four would generally be plenty, he said.

Deliveries must be signed for by the customer or a person nominated by them and a lot of work had been done to ensure the deliveries could be tracked all the way.

“We can now provide the repeat dispensing via secure courier, and using our online re-ordering and proof of delivery signing, we will be compliant with guidelines issued by the regulator,” said Mr O’Sullivan.

The new free delivery service would include a follow-up phone call from a qualified pharmacist to offer patients further advice and support.

Healthwave said that its prices can save patients up to €250 a year per medication for some top-selling drugs.